Look Around is the latest song to be chosen as a single from RHCP’s I’m With You album and two videos have now been released to accompany the song-one the actual music video and the other a behind the scenes look (both below).

The video is based upon four rooms; one for each of the four band members. Each room roughly reflects the band member it belongs too and includes their own art and belongings among the props! The band performed with each person mostly confined to their own room although Anthony Kiedis dances through the rooms at various times. It was filmed in the round in just four takes! The video was directed by Robert Hales. Source 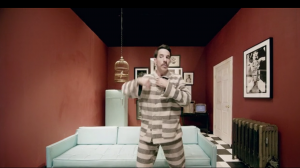 BTW Anthony’s son Everly bear appears in the video too! 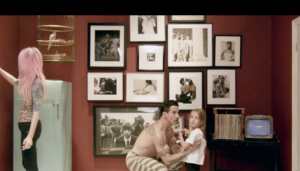 Here’s the behind the scenes video:

Many thanks to everyone who’s sent me links 😀